From design bureau to global brand 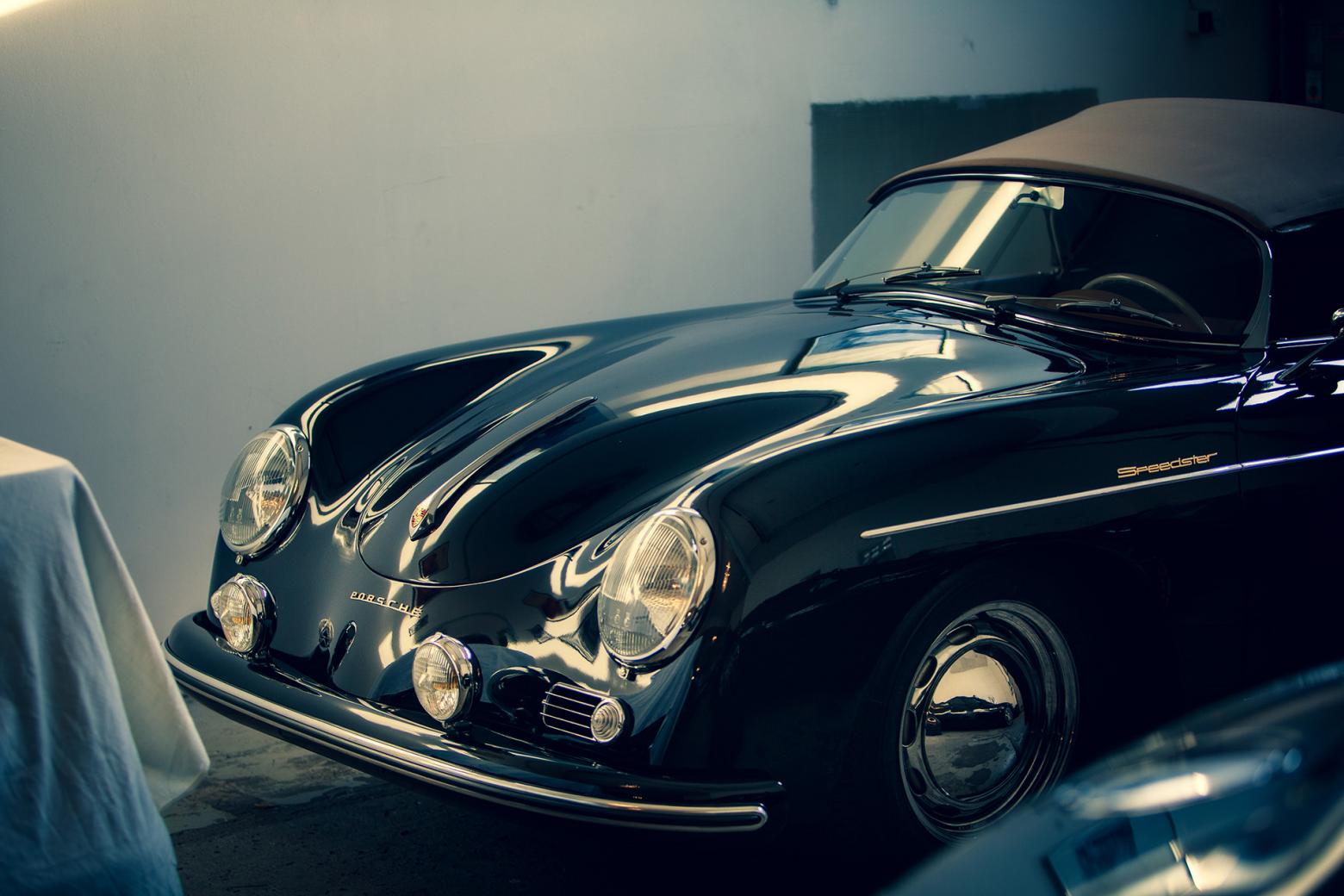 To climb into a Porsche is to arrive.

The experience is of a moment that is fully here and now, one in which all dreams and goals of past and future converge. It is a moment that sets the heart racing, of mounting tension until the engine’s incomparable sound is all that fills the space around you in that instant. Every detail, every note falls into place, composing a masterpiece that is joyful and affecting, that promises infinite pleasure, contentment and security. It is in that moment that you realise that you have already arrived where you meant to go.

Each of our classic Porsches contains Porsche’s unique DNA. And each day we experience anew the satisfaction of participating in the fulfilment of a dream and watching our customers immerse themselves in a unique story that hardly ever lets them go.

The dream that came true

The story of Porsche begins in a Stuttgart design office in 1930. And with a man who would change racing forever. 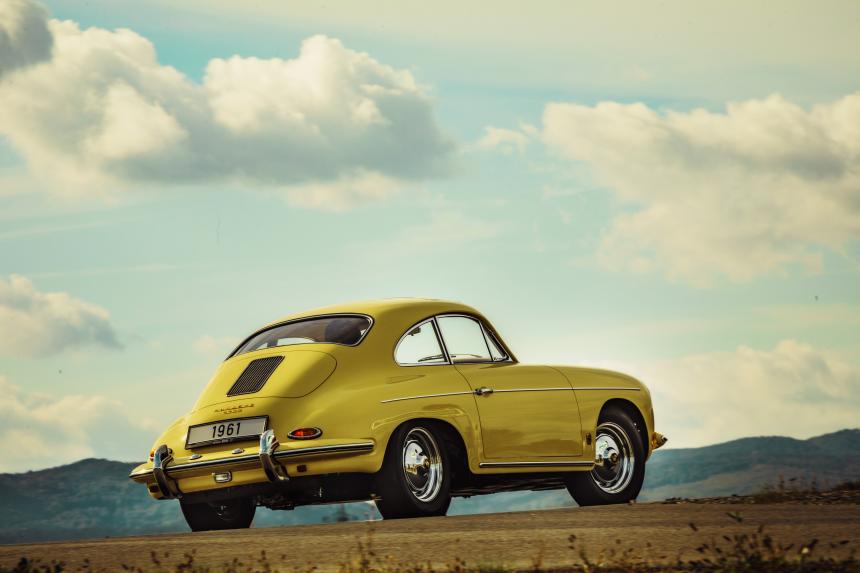 Ferdinand Porsche was only eleven years old when the motorcar was invented, but even as a boy a he took a lively interest in the new developments around him. Young Ferdinand was particularly fascinated by electricity: aged thirteen he installed electric doorbells and at sixteen he wired his parents’ house for electric lighting. This early interest took him to the Bela Egger & Co. electrical works in Vienna, where he took a leading role in designing the Egger-Lohner electric vehicle (Porsche P1). Porsche later moved to Jacob Lohner & Co., coachbuilders to the imperial court, where he designed a successor model with electric motors mounted in the wheel hubs which caused a sensation at the 1900 Paris World Fair. Some years later, Porsche became chief designer at Austro-Daimler in Wiener Neustadt before moving to Stuttgart, where he headed the design department at Daimler-Motoren-Gesellschaft and became a director of the company. Moreover, Porsche began to make a name for himself in the world of motor racing, with his two-seater sports car “Sascha” winning first place at the 1924 Targa Florio.

Porsche later returned to Austria to take the post of director-general at Steyr before setting up on his own with a design bureau, which in 1931 traded as “Dr. Ing. h.c. F. Porsche GmbH, Konstruktion und Beratung für Motoren- und Fahrzeugbau”. This was the foundation of a truly unique company.

Ferdinand Porsche was in a class of his own for inventiveness, willpower and vision. One of his most famous statements has continued to form a vital element in the company’s philosophy:

“I couldn’t find the sports car of my dreams anywhere, so I went and built it myself.”

Ferdinand Porsche not only built the sports car of his dreams, but gave people all over the world a dream, a goal.

One of Porsche’s first commissions was the Porsche Type 12,

which was followed by the Type 32, a family car that already bore a resemblance to the later VW Beetle. The design initially proved costly to realise, however, and never went into production. In 1933, Porsche’s bureau developed the Auto Union Rennwagen, a grand prix racer with a sixteen-cylinder mid-mounted engine. 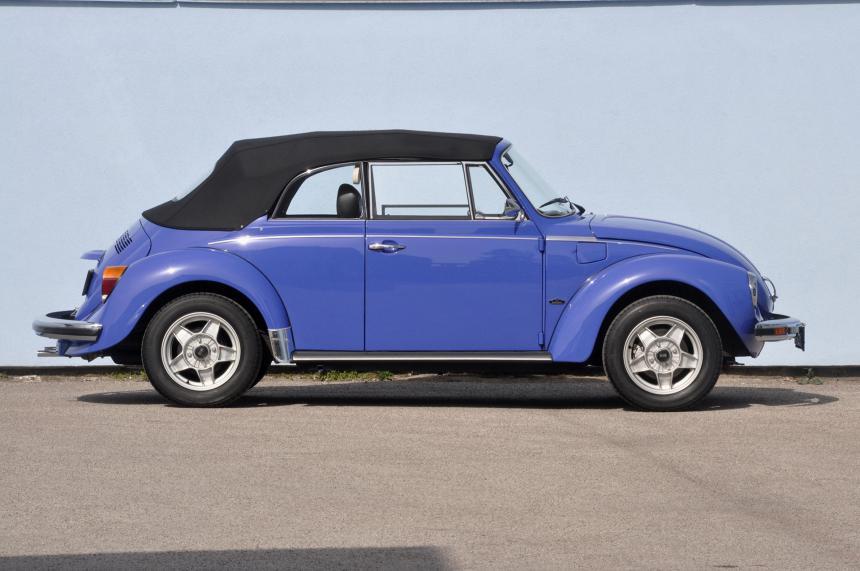 The development of the grand prix racer was followed by the people’s car or “Volkswagen”, which later became world famous as the VW Beetle.

It was commissioned by the German Association of Car Manufacturers (Reichsverband der Automobilindustrie). This commission, and the position of Porsche’s bureau as the design department of the Volkswagen works, founded at the same time, meant that Porsche became the new company’s general manager as well as sitting on its supervisory board. This provided the design bureau with a durable economic foundation.

Reorganisation and move to Stuttgart

In 1937 the bureau’s legal form became that of a Kommanditgesellschaft or limited partnership,

which it retained until 1972 as “Dr. Ing. h.c. F. Porsche KG”. Also in 1937 the Porsche bureau moved to the Stuttgart suburb of Zuffenhausen, where its headquarters remain to this day.

In 1944, the company shifted part of its production to Gmünd in Austria, 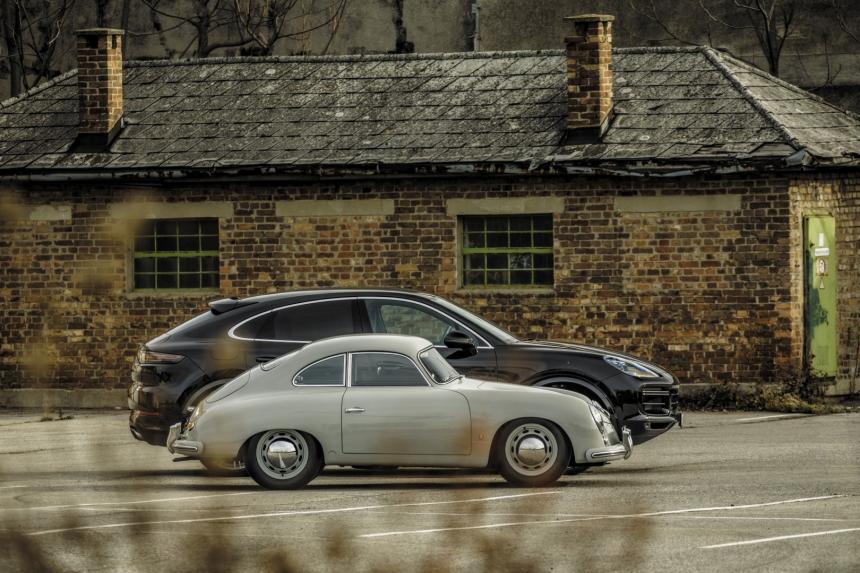 where work on the first car to be marketed under the name of Porsche began in 1947. Its lead designer was Ferdinand Porsche’s son Ferry, under whose auspices the 356 No. 1 Roadster and its production variant, the 356, were developed. The new model was authorised for road use in 1948.

The story of the Porsche badge 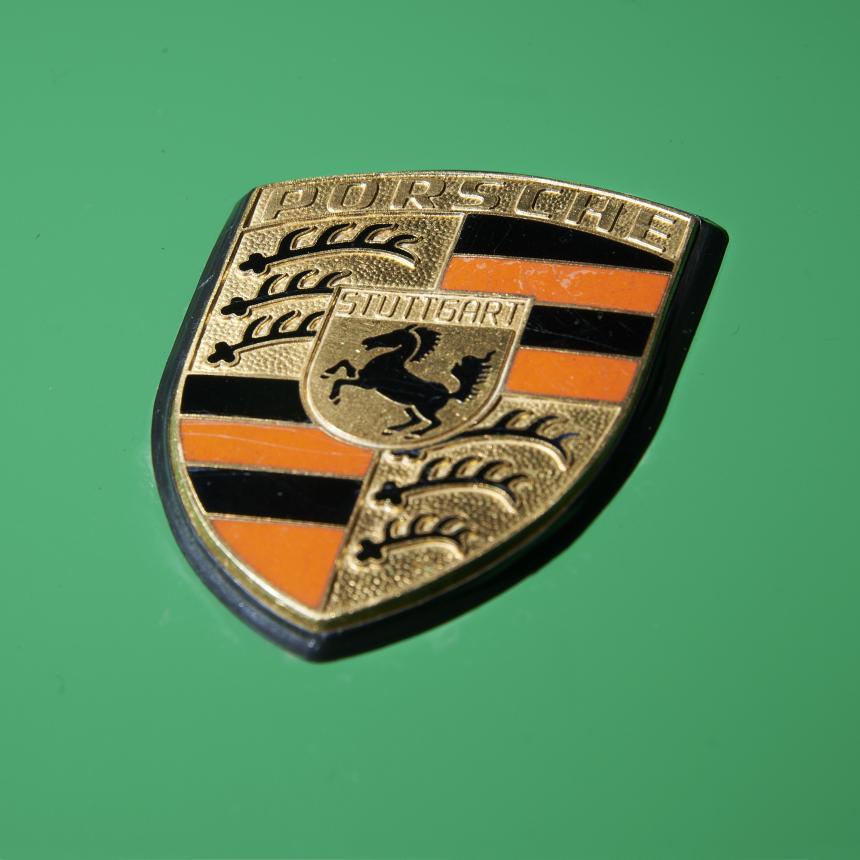 The idea behind the crest had originally been to create a seal of quality for the Porsche 356.

This seal went on to become one of the world’s most famous brand emblems and has held pride of place on the bonnet of every production Porsche since 1954. The crest’s various elements all refer to the company’s home of Stuttgart; it has been only lightly modified over the years.

Frankfurt International Motor Show and went on sale in the following year. The new sports car was fitted with a rear-mounted, air-cooled flat-six engine delivering 130 hp. More than one million 911s have since rolled off the production line. 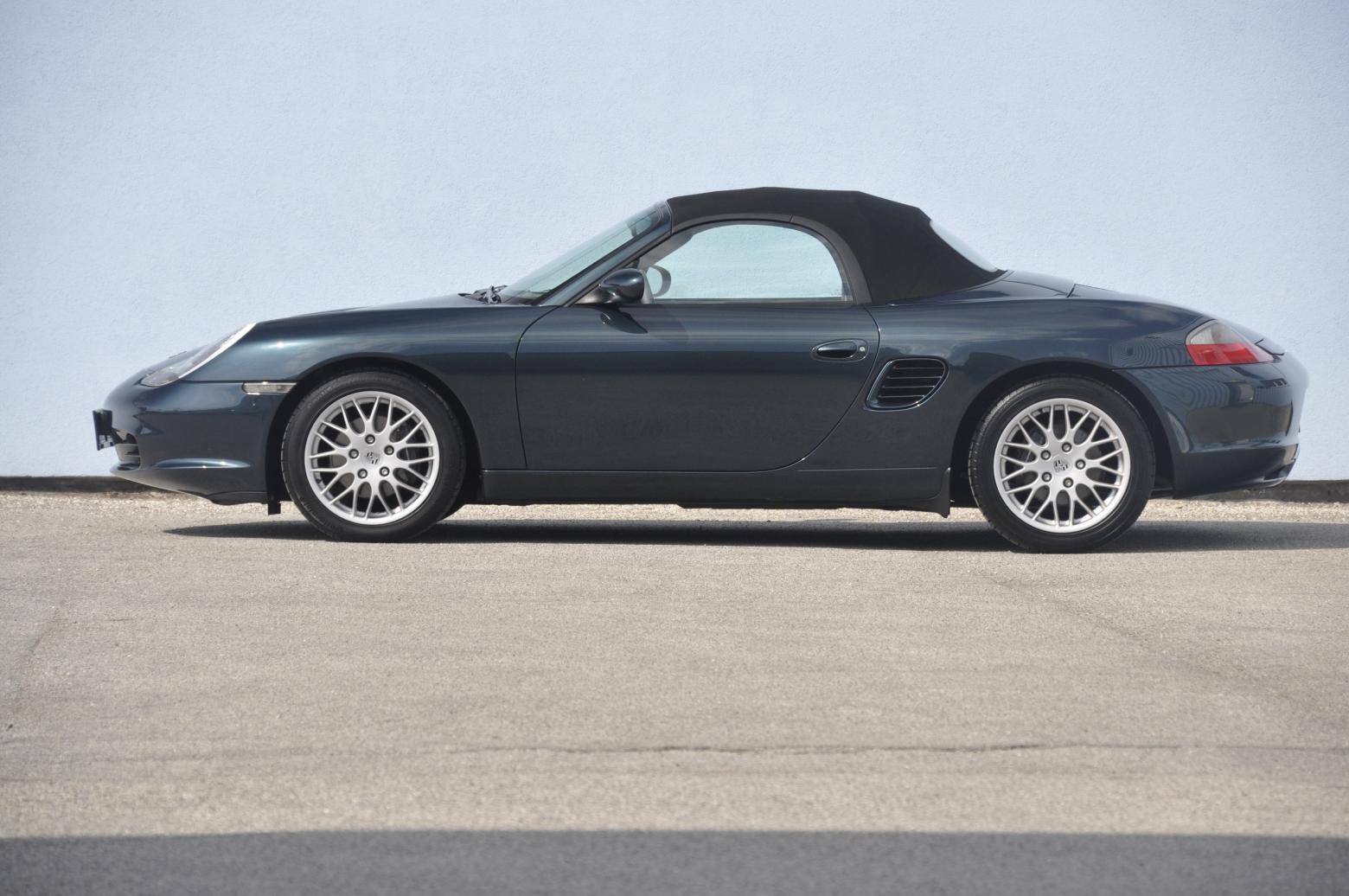 In a short time, Porsche developed a number of masterfully designed and built sports cars,

with notable examples including the 924 Carrera GT, the 928 and the 911 Speedster. A new arrival in August 1996 was the Boxster, whose prototype had been exhibited at the Detroit Motor Show, followed by the 996 a year later.

Breaking into the SUV market 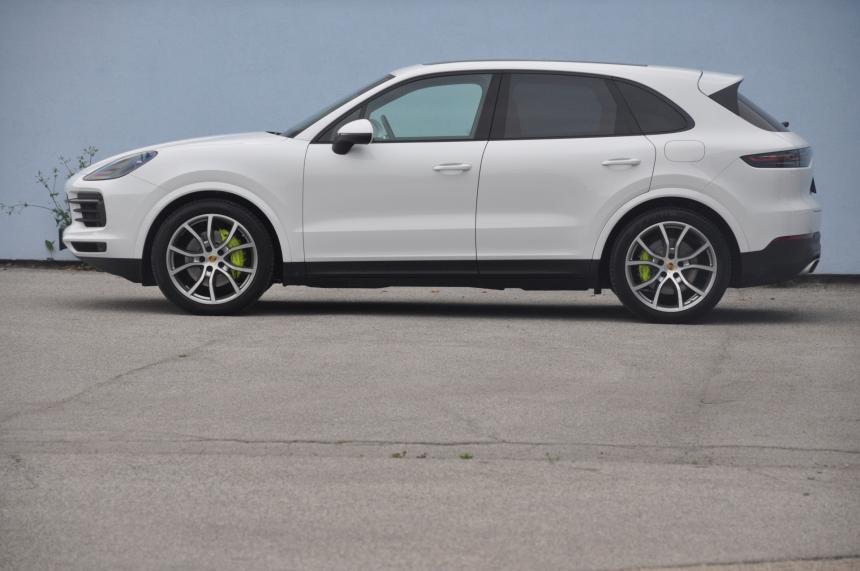